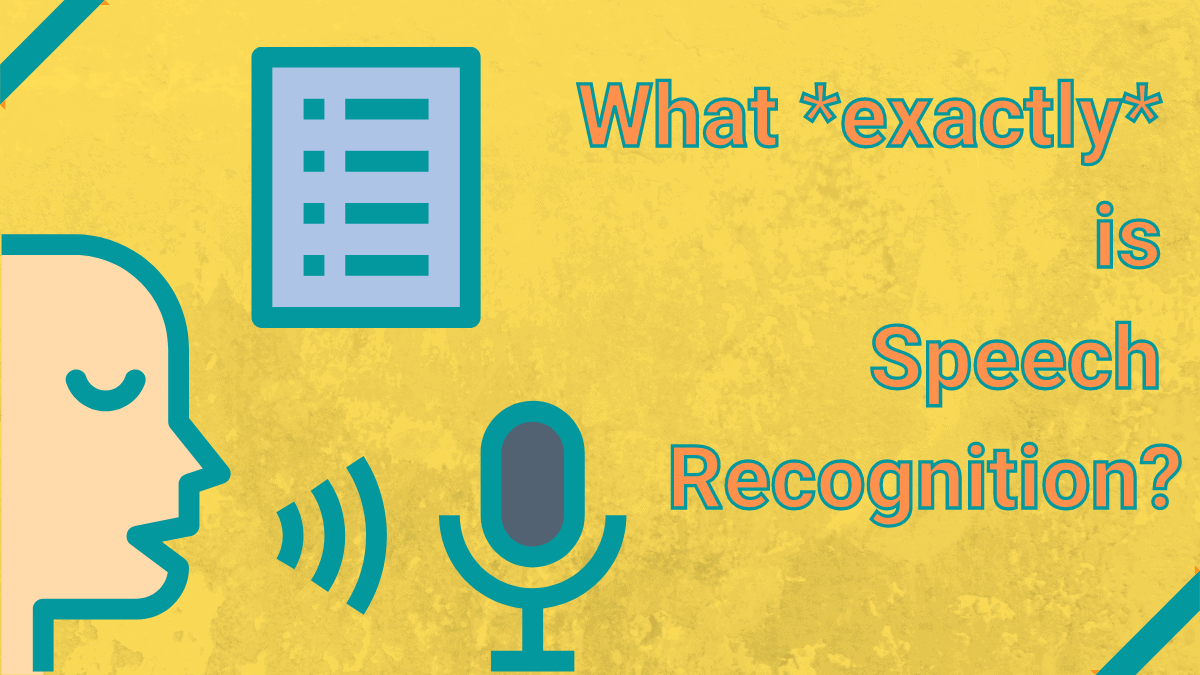 What is speech recognition?

The simplest definition is: a software solution that can process human speech and respond appropriately. In an inbound call center it’s generally used to resolve queries and route calls.

That’s not an earth-shattering revelation. So why do people get confused about what counts as speech recognition?

Basically, there’s a lot of terminology in this field and people use that terminology differently depending on their industry.

Let’s clear up some of that confusion.

In the contact center setting, IVR solutions are what voice-based systems will replace or augment. Scrap ‘press 1 for sales’ in favor of conversational service.

NLP turns speech into structured data that a computer can process. Its job is to ‘hear’ and record what a person tells it.

NLU is more sophisticated. It goes beyond what the speaker says and aims to comprehend what they mean – and therefore, what they might need.

This is the nuts and bolts of speech recognition. The system takes audio input and transcribes it to text in order to process and store it.

Generally, a speech recognition system will also use speech as its output i.e. You speak to it – it speaks back. TTS means the system isn’t reliant on pre-recorded audio.

Voice recognition usually refers to a system that responds *only* to a specific voice, often as a security feature.

So you can probably see the issue! Speech recognition is a totally valid way to describe resources with these different features. But it’s also extremely broad when you consider how far and fast conversational systems are spreading.

Is speech recognition a dated term?

One possible gripe with the term speech recognition – it might be a little old fashioned.

This is something I’ve heard a few times, so here’s the thinking…

Speech recognition systems have been shaping contact center services for a long time. Modern systems that use speech as its input / output are the product of decades of R&D in the field. Back in the 1950s Bell Laboratories created the Audrey system which could recognize digits spoken aloud.

IBM followed that trick with Shoebox, which understood 16 words – nearly as good as a typical 2-year-old child! (I don’t know which 16 words they went with.)

There were major advancements in the 1980s followed by big pushes from Google’s voice search and Apple’s Siri in the new millennium.

So what’s my point? Speech recognition was a target that technologists had – and pretty much nailed – years ago.

The objectives for modern voice-based systems include:

So yes, you can call these systems speech recognition. As a general term it’s fine, but it hardly covers what the underlying tech is for.

Think about your smartphone for a similar example. The phone element isn’t really the point these days, right?

Why do businesses want voice-based tools?

Any tool that relies on speech recognition is far more complex than one that relies on, say, button pushing for input. So what’s the appeal for businesses?

Speech is not how computers think, so it’s taken more than half a century to teach them.

But speech is how humans think; most of us pick it up within our first decade.

The strong preference customers have for voice-based systems is obvious when you compare resources like IVR systems. Given the choice to navigate a maze of button prompts, or state their need clearly, customers choose the latter.

We’ve compiled some great uses cases in How Delta saves $5million a year with conversational IVR but here are the highlights:

So it turns out that voice-based systems are in that rare goldilocks zone. They’re something that customers badly want and they save a lot of money.

And that’s not something you see every day…

While you’re here – want to learn more about automation in the contact center? Then grab Your (free) Guide to Contact Center Automation!

Automating Insurance Industry Services? Here’s What You Need to Know.

All You Need to Know About Customer Onboarding (Plus Examples)

What is Customer Lifetime Value?

What is Virtual Queuing? A Simple Solution to a Frustrating Problem

The Real Value of Self-Service in Customer Support