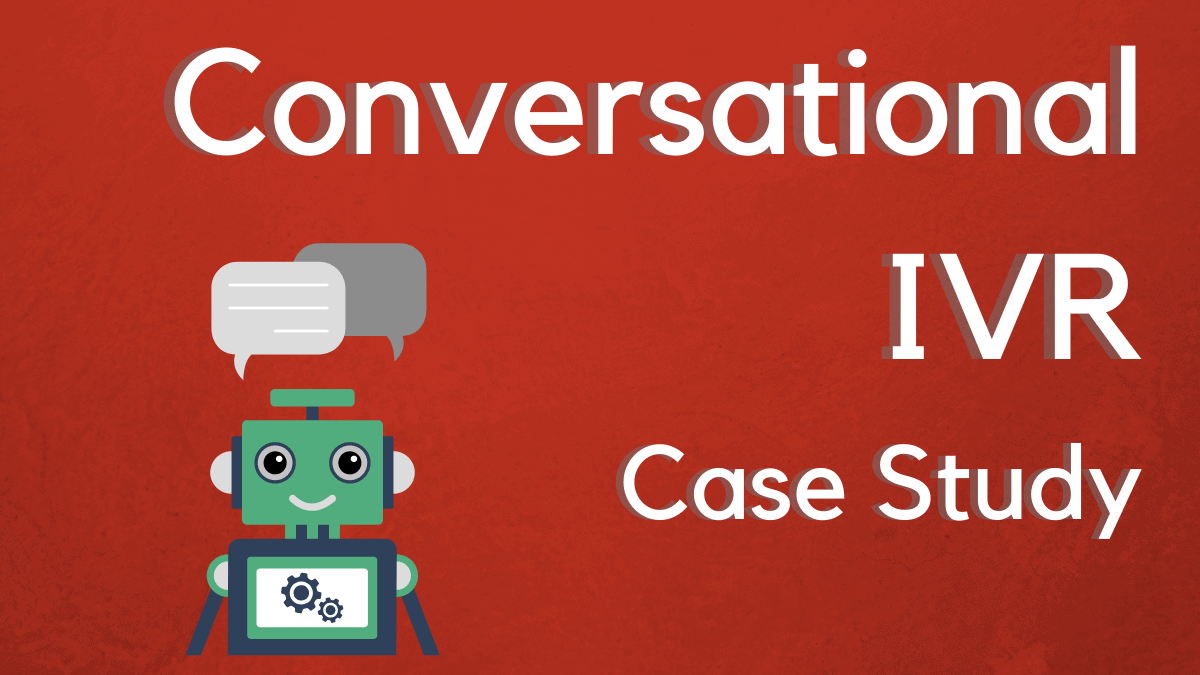 How Delta Saves $5Million a Year With Conversational IVR Service

It’s risky, being an early adopter.

But Delta Air Ways won big when they adopted conversational IVR service back in 2013.

The US airline invested in conversational IVR with an aim to improve the 36 million calls their IVR handled each year.

As a result, the company saves around $5million p.a.

It’s too late to be an ‘early adopter’ – conversational IVR is close to becoming the default. (Especially for a medium or large contact center.)

But those big savings are still available to anyone who wants them!

Here’s how Delta did it.

What is conversational IVR? (Refresher!)

That capability allows the IVR to ‘listen’ to the caller; instead of pressing buttons, the user input is speech.

Based on what the caller says, the system can make informed decisions about the next action it should take.

For example, it may route the caller to a specific agent team or provide information the caller has requested.

How does a conversational IVR save Delta money?

It’s easy to say that better tech brings down costs. But how exactly does that work?

(Maybe it goes without saying, but they’ve made big improvements to customer and agent experience too!)

The uptake of self-service increases

When callers reach the Delta IVR, they’re quickly (and automatically) identified by their phone number.

Let’s stress that point; the caller doesn’t have to do anything. The IVR service ‘recognizes’ them.

Based on that, the system can immediately provide things like account history and the details of upcoming bookings.

That’s a really great example of pre-emptive contact center service. Instead of waiting for customers to explain what they need, the Delta IVR provides some basic information.

Doing that takes care of a significant portion of their callers with zero fuss. That includes some who weren’t planning to use the IVR for their query!

The second ingredient is quality. Take a look at the big issues customers have with IVR systems:

Three of the top five complaints are about menus. IVR menus are both too long and not detailed enough to list every common query.

There’s just no winning with that system!

More customers use conversational IVR services than services which rely solely on DTMF. The reason is clear: the problems that drive them away from traditional IVRs just aren’t present in modern systems.

An IVR service has several roles.

One role is self-service, which saves you money by lowering the number of agent-handled calls.

Another important role is data collection. So how does that save you money?

In short, good data collection makes agent calls shorter. After introducing conversational IVR, Delta noticed that customers were repeating themselves less often – a drop of about 10%.

(Take another look at the IVR horrors- having to repeat themselves made the list!)

When the IVR passes the call to an agent, it also passes along key information:

In other words, Delta has two actors in this interaction – the IVR and the agent – and they’re both playing to their strengths.

That’s important, because, in a typical six minute phone interaction, only 25% is dedicated to actual conversation!

Shorter calls+better agent talk time is the ideal combination. Calls cost less and call experience gets better. Who could ask for more?

Call routing gets a *lot* easier

Some contact centers think of their IVR as a call routing tool.

We’ve already seen how that can be a waste of a versatile service… but call routing is an important part of how Delta improved their service and cut their costs.

There are two key categories of data which factor into call routing.

The first category is basically your historical data. It includes preferences (like the customer’s language) and profiling (like their VIP status).

That’s the data you’ll extract from sources like your CRM and Helpdesk, perhaps with API integration.

The second category is caller intent, data your IVR gathers during the interaction. Callers often pass through IVR systems without communicating the reason for the call.

Establishing the reason then becomes a time-wasting part of the agent interaction. Even worse – it makes it practically impossible to route the call sensibly.

The increased use of IVR helped Delta to increase the capture of caller intent to 75%. That’s impressive by anyone’s standards and led to a 15% decrease in misrouted calls.

Clearly, landing with the wrong agent has an outsized impact on cost and customer experience. Anything you can do to get routing right – first time – is worth investigating.

With tens of millions of calls per year, Delta was in a prime position to streamline the IVR with natural language capabilities.

Initially, the barriers were high. But early adopters like Delta have paved the way; now, businesses of almost any size to benefit.

On the product side, companies like Amazon and Apple have helped by familiarizing a generation of users with voice systems. If you can operate Alexa, you can use a voice IVR!

In fact, virtual assistants are making voice input for customer service the norm. Pretty soon, this won’t be optional tech!

Here’s the crucial question for a lot of businesses who see the sense of using conversation IVR: ‘Do we need to throw out our existing IVR system and infrastructure?’

That keeps implementation surprisingly quick and painless – and opens the door for practically any contact center that’s ready to explore conversational IVR. 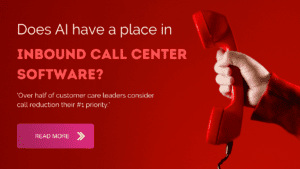 Does AI Have a Place in Inbound Call Center Software?

Call centers are always looking for ways to improve the customer experience while increasing efficiency.  One of the most effective ways to do this is 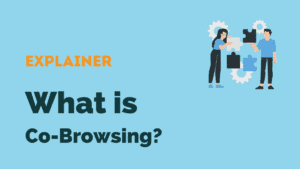 What is Co-Browsing? (And Why Your Business Needs It)

Co-browsing, also known as collaborative browsing, is when a customer and an agent navigate the web or an app together to solve issues.  The way

Does AI Have a Place in Inbound Call Center Software?

What is Co-Browsing? (And Why Your Business Needs It)

What is an Automated Call? (And How to Handle Them Like a Pro!)